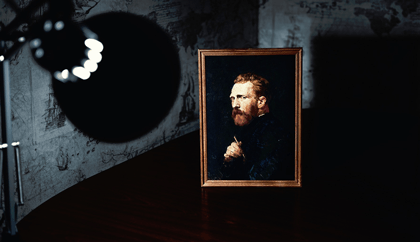 While the understanding of the causes of bipolar disorder are still limited, Scientia Professor Philip Mitchell sheds some light on the major advances that we have seen over the last decade.

March 30th is World Bipolar Day, a date deliberately chosen because it coincides with Vincent Van Gogh’s birthday. On this day, people are being asked to gain a greater understanding of bipolar disorders with the aim of reducing the stigma around this much maligned condition.

Bipolar disorder was first described centuries ago by the ancient Greeks, who used the terms “mania” and “melancholia” to describe the extremes in mood. Despite this early recognition, very little was available in the way of treatment until the mid-20th century when the Australian psychiatrist John Cade used lithium salts to treat psychosis in soldiers returning from the war.

Thankfully there have been many more advances in education and treatment since then, but our understanding of what causes bipolar disorder is still frustratingly limited.

According to Scientia Professor Philip Mitchell, psychiatrist and world-renowned UNSW Sydney and Black Dog Institute researcher, that may soon be all about to change.

Eight years ago, Prof Mitchell and his team launched a ground-breaking research study to identify some of the causes of bipolar disorder, and more specifically, whether it was possible to prevent or delay onset in young people known to be at high risk.

The “Kids and Sibs” trial, as it became known, recruited almost 200 young people who had a first degree relative with diagnosed bipolar disorder. Researchers then monitored these volunteers over time, utilising new technology to ensure they captured every piece of this very important puzzle.

Excitingly, the results from this trial are starting to roll in and they are full of promise.

“When we started this study we knew very little about what happens prior to bipolar onset,” explains Prof Mitchell.

“We wanted to understand why some kids were at higher risk than others and whether it was possible to identify bipolar at a point where intervention could feasibly delay or prevent onset.”

“We looked at each individual in our trial, analysing their genes and taking detailed snapshots of their neurobiology and mental health over time.”

“As expected, around 10% of our trial participants have gone on to develop bipolar disorder so we have been able to map what the differences were between these young people and those who have not gone on to develop the disorder,” says Prof Mitchell.

Two major breakthroughs have been identified to date.

Firstly, the research team were able to show that those young people who went on to develop bipolar had visible differences in their brain before they started showing symptoms. These variations occurred in the areas of the brain that are responsible for emotional regulation.

Secondly, analysis of long term clinical data showed that those who developed bipolar were more likely to experience certain depressive symptoms such as a larger number of episodes, increased sleepiness, and slowing down of movement and thought before developing the classic symptoms of bipolar. When used in combination, these findings have the potential to assist clinical decision-making.

While the trial is expected to continue for a few more years, Prof Mitchell is now tackling the most important question of all – What can we do with this knowledge?

“I believe we will soon be able to combine our understanding of neurobiology, psychology and genetics to develop a clinical algorithm able to predict actual risk of bipolar disorder,” says Prof Mitchell.

“Knowing who is likely to go on to develop bipolar means we can consider active and early intervention to minimise impact.”

“Most excitingly, our new ability to recognise pre-illness in the brain means there is great opportunity for us to develop new techniques for overcoming the neural differences that increase risk and this may have impacts on other mental illnesses as well.”

The Kids and Sibs study has been funded by NHMRC and the Lansdowne Foundation.